How Does Blu Ray Technology Work?

Anonymous answered
Blu-ray is taking over the world of visual and audio entertainment having won the Great War of HD (2004-2006). But who is Blu-ray? Why is he Blu(e)? And just what the hell are we going to do with all our old dvds?

Here's a cool trailer, and then some answers: 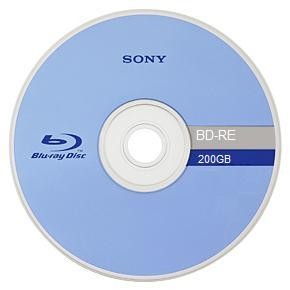 Blu-ray (not Blu Ray or Blue Ray or anything else except Blu-ray, Blu-ray Disc or BD)  is the next-generation of optical disc storage media or, as most of us understand it, CD or DVD. Not only does a Blu-ray Disc offer much more storage space than a CD or DVD it also provides high definition (HD), so you can really see nice George Clooney’s face. A Blu-ray disc does,  however, look very much like a CD or DVD, the main difference being the words ‘Blu’ and ‘ray’ on the box.

Why is it called Blu-ray?

Nice question. The name comes from the laser the new technology uses. Traditionally DVDs have employed a red laser like in the film Star Wars (now available on Blu-ray Disc). Blu-ray uses a green laser. Not really. Blu-ray uses a blue laser. With some violet in it. That’s right. A Blu-ray Disc should actually be called a Blu-with-a-bit-of-violet-in-it-ray Disc. The new laser is much more precise than the old red one. It has a shorter wavelength (405 nanometres if you really want to) compared to the DVD’s 650 nanometres. Greater laser accuracy equals more data and better quality. Good news.

It’s a trademark thing. Blue-ray was already registered. So to get the name onto the streets the ‘e’ had to go. Plus words with missing or even backwards letters look cool. Blu-ray has been developed by the Blu-ray Disc Association (BDA) – a group of the world’s leading consumer electronics and motion picture companies including Apple, Dell, HP, JVC, LG, Panasonic, Pioneer, Philips, TDK and many more. Everything started with Sony and their development of Blu-ray laser technology.

What’s the history of Blu-ray?

It’s a familiar story concerning a new technology format, a war and one big winner. In the past everyone had DVDs. DVDs offered up to ten times more storage space than CD. CDs had replaced cassette. Cassette had replaced vinyl. Before that there was a fat man in a white suit and a microphone.

DVD had also replaced video. While people were sitting happily at home listening or watching their new Elvis Presley DVDs techno-geeks were getting bored and techno-companies were getting poor. So they set about inventing something new. Something big. Something new and big. Then two different factories working completely independently suddenly created near enough the same thing at the same time. These things were Toshiba HD DVD and Blu-ray.

Then came a fight. Various companies and motion picture houses supported one party or the other. Some, like Warner Bros, couldn’t decide who was going to win and so supported both. This made it impossible for the public to know what was going to happen and several people buying the wrong thing. In the end with Blu-ray securing big support from companies such as Universal, Paramount and Blockbuster, and, very importantly, PlayStation 3 launching itself as a dual games and Blu-ray Disc player, it was Toshiba HD DVD who, in February 2008, hoisted the white flag and threw all their rubbishy stupid useless boring bits of old metal in the bin.

So why should I bother getting a Blu-ray machine then?

Well because it’s new and everyone likes new things. They stop us getting old and boring. They give our lives new meaning and stop us thinking about death. Death death death. But also because we now live in an HD world. Where everything in your television is exactly or even more like it is in real life. Philosophers and psychologists are still to understand the impact of this. Of the fantasy world becoming more realistic. But for now everyone’s doing it. So you should too.

How much will it all cost?

Blu-ray started off expensive but now the prices are coming down. That’s the way of technology, you know that. In fact if you bought a Blu-ray player in the beginning then the chances are you’ve probably had some problems. A lot of them were unable to offer the newer features as the technology developed. The discs cost the same as DVDs and the players vary up from the low hundreds. Know how much you want to spend and do your research. You want a machine that can cope with any coming changes. The PlayStation 3, for example, is able to update all new software through its online access.

What happens to my DVDs? Don’t panic. Everything’s OK. Kind of. You can still definitely play DVDs on Blu-ray machines. Definitely. For sure. What’s more your DVDs may look better than you’ve ever seen them thanks to your new Blu-ray machine. That’s what the companies are saying anyway. I wouldn’t be so sure. You do need to make sure your Blu-ray box is backwards compatible. Some manufacturers might try a cheeky one.

How much stuff can I get on a Blu-ray Disc?

It’s not stuff. It’s films, music, pictures, sounds. Blu-ray is big. It offers over five times greater storage capacity than a DVD. This means 25GB on a single-layer disc and 50GB on a dual-layer disc. What does this mean in film? Well over nine hours of HD film on a 50GB disc and about 23 hours of standard definition (SD). That’s pretty good, isn’t it?

Developments by Pioneer have increased storage capacity to 500GB on a single disc by using 20 layers.

And how fast can a Blu-ray disc read and write data?

Pretty fast. And faster than a CD ROM. Here are some numbers:

HD TV arrives in your television in two ways: 1080i and 1080p. The ‘I’ is interlaced and sent to the TV in two sequences. The ‘p’ is a single sequence. This is what Blu-ray uses. It’s sharper than ‘I’. 1080 by the way is the number of horizontal lines in the picture.

Is my TV OK for Blu-ray?

Well it depends on what TV you have. If you have an HD TV then yes, you’re OK. But a lot of the HD TVs that first came out don’t do full credit to the Blu-ray experience. Annoying, I know. If you get a new HD TV then you should be absolutely fine with Blu-ray products. Check prices and ask questions. Simple tips.

Does region coding exist for Blu-ray?

Yes and it’s a bit different to DVDs. It's all done to combat the pirates. Here’s the code:

What about Blu-ray computers. Any news? 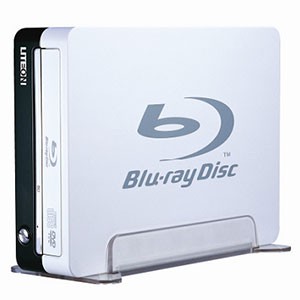 Yes. Well for gaming there is the PlayStation 3. The Microsoft XBox is a bit of a mystery to me. Up until now, as I'm aware, there has been no Blu-ray player. Microsoft backed the wrong pony, the Toshiba HD DVD, and since then they’ve openly declared hate and more hate on any idea of incorporating a Blu-ray player. But there have been countless rumours and even strong suspicions that things are happening. Anyone got any news?

There are Blu-ray PCs such as the Sony VAIO AR216 Notebook and Blu-ray drives available but the numbers of computers incorporating Blu-ray technology remain small, mainly because of the cost. A burnable Blu-ray drive costs about seven times as much as a DVD-RW drive and the demand doesn’t appear to be there for watching HD movies on small computers.

One of Steve Jobs’s most memorable comments may be the way he referred to Blu-ray as “a bag of hurt” back in 2008 which means Apple hasn't stepped into Blu-ray field.

I saw a great article about this technology