What Are The Most Destructive Computer Viruses Of All Time?

Luis Prada answered
In the grand view of human history, computers are a fairly recent development. Today they are everywhere, but only 50 years ago the idea of a computer in every home and in everyone’s hand was a thought found only in science fiction novels. 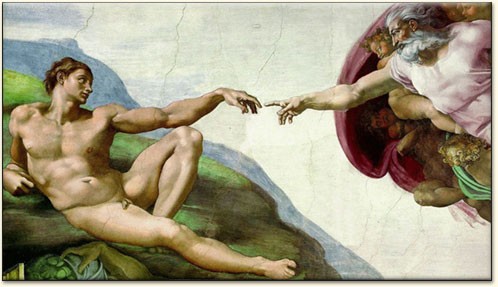 If you’ve seen the 1995 Angelina Jolie film Hackers, then you’re probably familiar with the computer virus depicted in the film, which is known as The Da Vinci Virus. The Da Vinci Virus was probably a thinly veiled allusion to a real life virus that ran amok a few years earlier in 1992, that was also named after a world famous artist/Ninja Turtle, Michelangelo.

Back in 1991, some computer technicians in New Zealand found a virus on a random computer. The virus they found was designed to attack all DOS-based computers, and it would make a computer seem like it had its hard drive erased, when, in actually, nothing had been erased at all. For the average computer user of the time, this problem was not easily rectified.

For a while, the virus laid dormant. Only a handful of computers were actually infected by it, so no one cared to fix the problem. It wasn’t a blip on anyone’s radar.

In January of 1992, a computer manufacturer accidentally shipped 500 home PC’s out to consumers that had been infected by the Michelangelo virus. Another company did the same thing, but with floppy disks and instead of just 500, they shipped out 900.

500 + 900 = 1,400 infected computers, give or take. So that doesn’t sound like a big deal, right? Right. Well, some “expert” at the Reuters news agency estimated that 25% of all Americas computers would be infected by the virus. Where they got this number is anyone’s guess, but it’s safe to say that this caused a bit of an uproar among personal computer users.

And then it came: On March 6th, 1992, the birthday of Michelangelo, the virus went live. It turned out that the virus was nearly as destructive as it was hyped to be, but caused a fair amount of chaos: 10,000 to 20,000 computers were infected and “lost” their data.
The creator of the virus was never found and Michelangelo is still floating around out there somewhere on the internet. It hasn’t been active since March 6th, 1992. 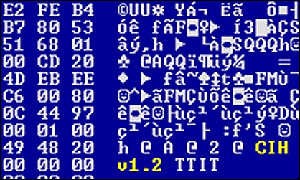 Unleashed from Taiwan in June of 1998, CIH one of the most dangerous and destructive viruses ever. The virus infected Windows 95, 98, and ME computers and it was able to remain in a PC's memory, where it would infect what’s called ”executables,” a command that performs a certain task according to the coding of the computer.

Unlike Michelangelo, when CIH said it was going to erase your hard drive, it wasn’t all show. It actually did it. And it did…to an incalculable amount of computers worldwide. It would even overwrite your BIOs, rendering our computer useless as it never booted up.

And the worst part is that since the virus attached itself to and attacked executable files (where are in every piece of software out there), it was shipped out on millions of software discs unknowingly, including the anticipated demo for a video game called Sin made by the company Activation.

As I said, the number of computers it damaged is innumerable, but it is estimated the amount of damaged it caused cost between 20 and 80 million dollars.

The creator of the virus was a college student Tatung University in Taipei named Chen Ing Hau (CIH). When he created the virus, his university reprimanded him, but not harshly. Later, Chen discovered that the virus had somehow escaped his reach and had become prevalent. He confessed to creating the virus and apologized to the millions of Chinese citizens that were affected by it. He was never prosecuted because at the time, there were no laws in the Taiwanese constitution regarding computer viruses.

In 200, computer users received e-mails with the subject line “ILOVEYOU.” If one were to open this e-mail and download its attachment, out would spring a virus that would automatically e-mail itself to everyone on your contacts list. Also, once it was opened, it would send your e-mail address and password to its original authors.

And who were the original authors? Two men from the Philippines named Onel de Guzman and Reomel Ramones. And just as it happened with Chen Ing Hau with the CIH virus, so too happened with Onel and Reomel: There were no cyber crime laws in the Philippines, so they got off Scott-free.  In fact, Onel was offered several computer programming jobs as a result. 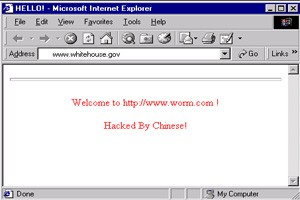 Code Red was a computer worm that was let loose on network servers on July 13, 2001. It was a particularly nasty bug because of its target: Computers running Microsoft  Internet Information Server Web server. The worm was able to exploit a specific vulnerability in the server operating system. Ironically, Microsoft had released a patch addressing this problem a month before.

Code Red was designed for maximum damage. Upon infection, the Web site controlled by the affected server would display the message, "Hacked By Chinese!" Then the virus would look for other vulnerable servers and infect them. This would go on for approximately 20 days, and then it would launch denial of service attacks on certain IP addresses, including the White House Web server. In less than a week, this virus infected almost 400,000 servers, and it's estimated that one million total computers were infected. It also infected a number of websites that ran off of Microsoft servers, including AT&T, Hotmail, and the website for Federal Express.

I believe those viruses can cause computer crashes or money loss which is the worst!! Especially when you encounter those stubborn ones you can not easily get rid of after you've tried every method you know.  Ransomware is evil!

Cryptolocker and its clones are very destructive.  A ransomware trojan that  encrypts your files and then demands you to give them a few hundred dollars to get your stuff back.. But.. If you delete the program, your files will be gone forever.  (However, some security experts have created a site to restore imortant files)

Mark Mottian answered
In my opinion, it was the virus that brought the entire internet to a standstill. I don't know the details of the virus but I know that this virus use to go throughout the internet and hack into people's computers by trying the first 412 (I think) well-known password. If that didn't work, then the computer would sort of look at each word in the dictionary and try to decipher the password. Most of the time that worked. But, thats not the end, this virus was able to make copies of itself and propogate through the system! However, this is what caused the hacker to go to jail. If the hacker, did some how block the copy of the virus from being seen, he would have got away with the crime - an back in the day they had that sort of technology to do so. The hacker was punished with 300 hours of community service and to never ever to be near or even touch a computer again for 3 years - if he did so, more severe punishments would preceed.

I would say the Crypto Lockers. They're quite destructive, and have caused tons of money in Damage. In the US, a hospital's computer system got infected and they paid 30grand to the thieves to get everything back.

A ransomware trojan that  encrypts your files and then demands you to give them a few hundred dollars to get your stuff back.. But.. If you delete the program, your files will be gone forever.  (However, some security experts have created a site to restore important files)

Computer viruses can be a nightmare. The general term computer virus usually covers programs that modify how a computer works (including damaging the computer) and can self-replicate.

Top 5 most destructive computer viruses have already been listed by tech media and experts and they are:

Melissa (Year: 1999), distributed as an email attachment, once opened disables a number of safeguard in Mircosoft Word

ILOVEYOU This is one of the first major, and still most damaging, computer virus ever created. It infects computers via email.

It caused an estimate of $38.5 billion in damages and the worm is still active in some form today

However, recently, ransomware like CryptoLocker goes virus. Ransomware has grown to be one of the biggest problems on the web. It's a form of malicious software -- malware -- which encrypts documents on a PC or even across a network. Victims can often only regain access to their encrypted files and PCs by paying a ransom to the criminals behind the ransomware.